Since December 2005, when the St. John’s Transportation Commission (Metrobus) in St. John’s, Newfoundland selected PIM’s team and staff to design and supply a contactless smartCard-based Automatic Fare Collection system, the first of its kind in Canada, PIM’s staff has worked hand-in-hand with Metrobus to keep the system at the leading edge of technology.

Through the years the system has grown in capabilities and new technologies have been incorporated. A loyalty point system was introduced in the early 2010’s that alow passengers to accumulate Air Miles points when using the buses.

In 2015 the GoBus units, which provide mobility services, were equipped with a handheld smart card reader to allow passengers to pay their fare with the same payment options offered in the conventional buses.

In 2016 a new Validator, the Futura 3FB, was installed, replacing the original ones installed in 2006, something that was done over a weekend, again, without disrupting the operation of the system.  The new Validators, with its larger screen, allowed Metrobus to start showing videos, either as paid advertisements, or promotional videos.

Finally, in 2021 Metrobus awarded PIM the project to upgrade and update the entire system, moving it from the original Card-based scheme, to an Account-based one, in which the transactions will be processed by the backend in real time, which gives the capability that the reloads done by the passengers are immediately available for usage.

The migration leveraged as much as possible the infrastructure already in place, continuing to use the Futura F3B Validators, which only received a firmware update, and the continued usage of all the smartcards issued and in use by passengers. Nevertheless, new Driver Displays were installed, replacing the original ones from 2006, and new Attended Add-Value Machines.

The transition of the system also saw the migration of the Metrobus-hosted server and database to a cloud solution, to be hosted at a Microsoft Azure Data Center. Server is managed by PIM to provide software updates such as the Customer Service and Personalization and Card Management Systems.

The upgrade also included the replacement of the GoBus handheld units with new Android based tablets, which will be used also for the On-Demand system that Metrobus has signed with a third party.

Transition into the new system was done in September 2021 in a smooth, seamless, and quick move, and more importantly there were no disruptions or inconveniences to the drivers, management, or passengers.

Guelph Transit – City of Guelph, ON

In 2019, The City of Guelph awarded PIM a contract to design and supply a contactless smart Account-based Automatic Fare Collection system including the supply of all new Farebox hardware. The work included the installation of the system on 91 conventional and mobility transit buses.

An key feature designed into the system is the capability for the Farebox to accept the University of Guelph student ID, which is based on a HID I-Class card, and continue to use all other fare media. The students’ IDs continue to be managed by the University, and the list of allowed IDs is transmitted and uploaded automatically to the Fare Collection System.

The system also includes two different Mobile Applications, one used by passengers to buy and manage fare products and to pay for their ride; a second one designed for taxi drivers to be able to collect the fares when providing service to qualified riders.

The system is hosted and managed by PIM at one of Microsoft’s Azure Data Centers in Canada, while Guelph Transit continues to have full control of the system’s functionality.

In 2018, the City of Grande Prairie awarded PIM a contract to design and supply a contactless smart Card-based Automatic Fare Collection system including the supply of all new on-board hardware. The work originally called for the installation of 21 Farebox in their conventional transit fleet, but during the process of the project, three more vehicles were added, one of them been used in a regional service, which required adding Fare by Route capabilities to the system.

Since the original lunch of the system in September 2018, the system has grown to 31 vehicles, some of them equipped with a portable reader.

PIM designed a solution that provided Grande Prairie Transit with the capability to use both reloadable and disposable cards and continue to accept coins to pay cash fares.

The system includes the auto load function. This allows the value stored on a reloadable card to be updated automatically as part of the read/write process when the card is used at an OBV on a bus.

The system was launched on September 13, 2018 – seven months after a contract was awarded. 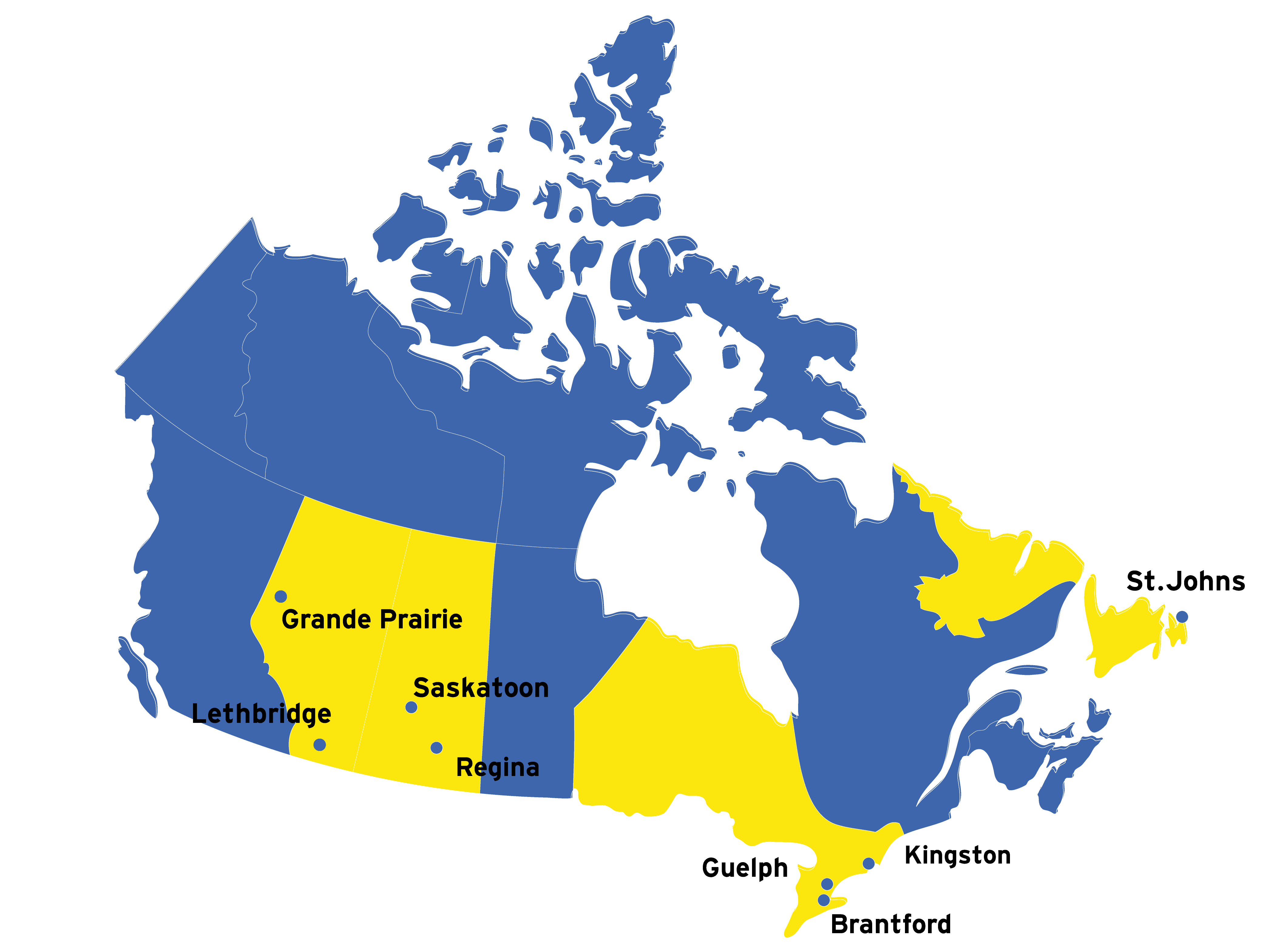